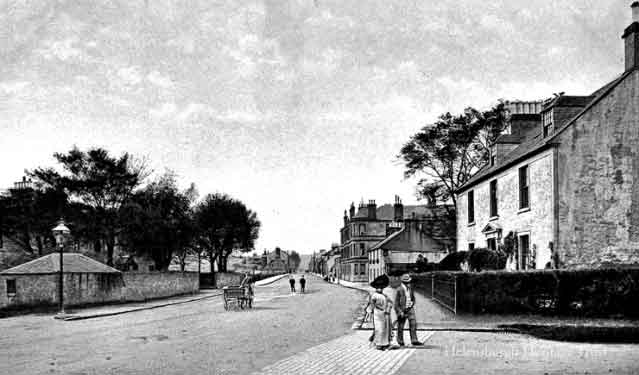 The summer of 1914 and the town of Helensburgh was bustling with holiday-makers. This new town, was built on a grid system with large building plots and tree-lined streets. It soon became a favourite retreat for the wealthy of Glasgow to spend the summer months away from the industrial smog and the stench of the River Clyde. Many rich merchants had built large villas in the town which boasted tennis courts, swimming pool, golf course and sailing clubs; all the luxury leisure activities that most small towns, at that time, could only dream off. 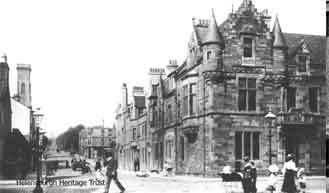 The local paper, The Helensburgh & Gareloch Times, listed the names of these families and the dates they were travelling by steamer from the city, so that friends could arrange to meet them and to send invitations to the social occasions; many of the larger homes hosting summer balls and musical evenings.

Although the war in Europe filled the pages of the national papers with much speculation, life for most went on as before. The local paper made its first reference in its 1914, August 12th issue:- " War was declared between Great Britain and Germany late on Tuesday evening of last week, and now a great European War is being waged, the result of which no man can foresee." wrote its editor. 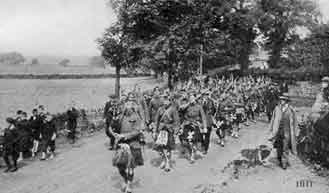 Over the next few weeks, many of the town's young men would join various Scottish regiments and the Royal Navy as recruiting started in earnest. With a population of around only eight and a half thousand, there were few who did not have someone, family or friend, away with Lord Kitchener's New Army. With a fervour, previously unknown, men were encouraged to join up to fight for King, country and glory.

But a look through the local newspaper, of the time, also gives an insight into the changes being made at home. Although it was said, " it will all be over by Christmas ", shops were advertising ideal Christmas gifts for those overseas. Handy items like a thermos flask, torch or religious books in khaki.

Adverts also started to appear giving the service of dyeing your clothes black should you require mourning dress. Lawnmowers for the gardens whose owners could no longer employ a squad of young men with scythes. Gas fires now that the girls were leaving service to go into nursing or the munitions factories and no longer there to clean and set a coal fire. Old men and young boys struggled to maintain the large gardens of this "Garden City on the Clyde" as it was called in the holiday pamphlets. Local women worked daily to replace the live-in staff. 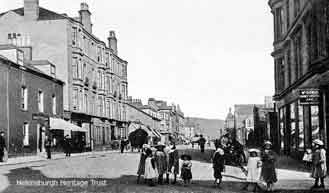 Younger ladies of the house spent their leisure time knitting socks for their brothers and sweethearts at the front. The social order was shifting. The letters home that were published in the local newspaper, were much anticipated as people craved the latest news from the front. The local Picture House, the La Scala, advertised that, "news of importance would be screened each evening as received". No doubt increasing the audience numbers. 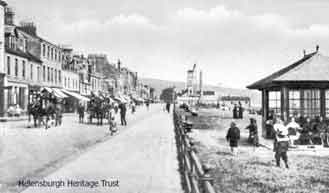 But the town changed throughout and after the war. Without staff in service, the big houses were divided to provide smaller, more easily maintained accommodation. Some used as nursing homes or hotels. Without a son and heir many small family businesses and shops disappeared or were taken over by an early form of High Street traders. A generation of young men were lost. The town returned to being a holiday destination, but was never the same again.