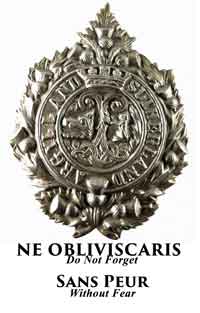 Helensburgh’s local regiment was originally the 1st Dumbartonshire Rifle Volunteers Corps, which became the 9th Battalion ‘A’ Company of Princess Louise’s Argyll and Sutherland Highlanders in 1908.The regiment was formed when the 91st and 93rd Regiment of Foot were merged in 1881.The 91st and 93rd were founded respectively in 1794 by John Campbell, 5th Duke of Argyll and 1799 by Major-General William Wemyss for the Countess of Sutherland. In 1854 the 93rd Regiment of Foot were the ‘Thin Red Line’ immortalised by William Russell for their actions at the Battle of Balaklava in the Crimean War. In 1871 the 91st Regiment provided a Guard of Honour at the wedding of Princess Louise, fourth daughter of Queen Victoria, to John Campbell, Marquis of Lorne and later Duke of Argyll. The 91st Regiment was subsequently renamed Princess Louise’s Argyllshire Highlanders. Princess Louise, Duchess of Argyll developed a great fondness for the Regiment and served as its Colonel in Chief until her death in 1914. 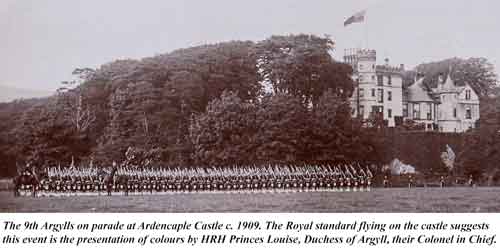 The 9th Battalion was formed in 1908, following the Territorial and Reserve Forces Act of 1907. Volunteer forces throughout the UK, including the 1st Dumbartonshire Rifle Volunteer Corps, were disbanded and absorbed into new Territorial Force battalions. The Commanding Officer in 1909 was Colonel Sir Alexander Wellesley Leith Buchanan of Ross Priory. In 1911 the headquarters of the County Territorials moved from Helensburgh to the mansion house of Hartfield in Dumbarton. The 9th Argylls (Dumbartonshire) Battalion, 1000 soldiers, comprised eight companies.

At the outbreak of World War I the regiment had nine battalions, each of 1000 men - two regular, the 1st and 2nd; two militia, the 3rd and 4th and five territorial battalions the 5th - 9th (each of which was split into 1st, 2nd and 3rd-line Battalions). Seven more Service Battalions were raised for 'Kitchener's Army' and they were numbered 10th, 11th, 12th, 13th, 14th, 15th and 16th.

When war was declared on 4 August 1914 the local Territorials were at camp in Kintyre and quickly returned to headquarters in Dumbarton. The Battalion’s Commanding Officer, Colonel Leith-Buchanan, was not passed fit for service overseas and was replaced by Lieutenant Colonel James Clark. On the morning of 11 August 1914, the 1st / 9th Battalion mustered on the Common before leaving for Bedford by train, where they underwent training before being deployed to France. They sailed to Le Havre six months later, on the night of 19/20 February 1915 and, attached to the 81st Brigade in the 27th Division, they were soon engaged in battle in the Ypres Salient. 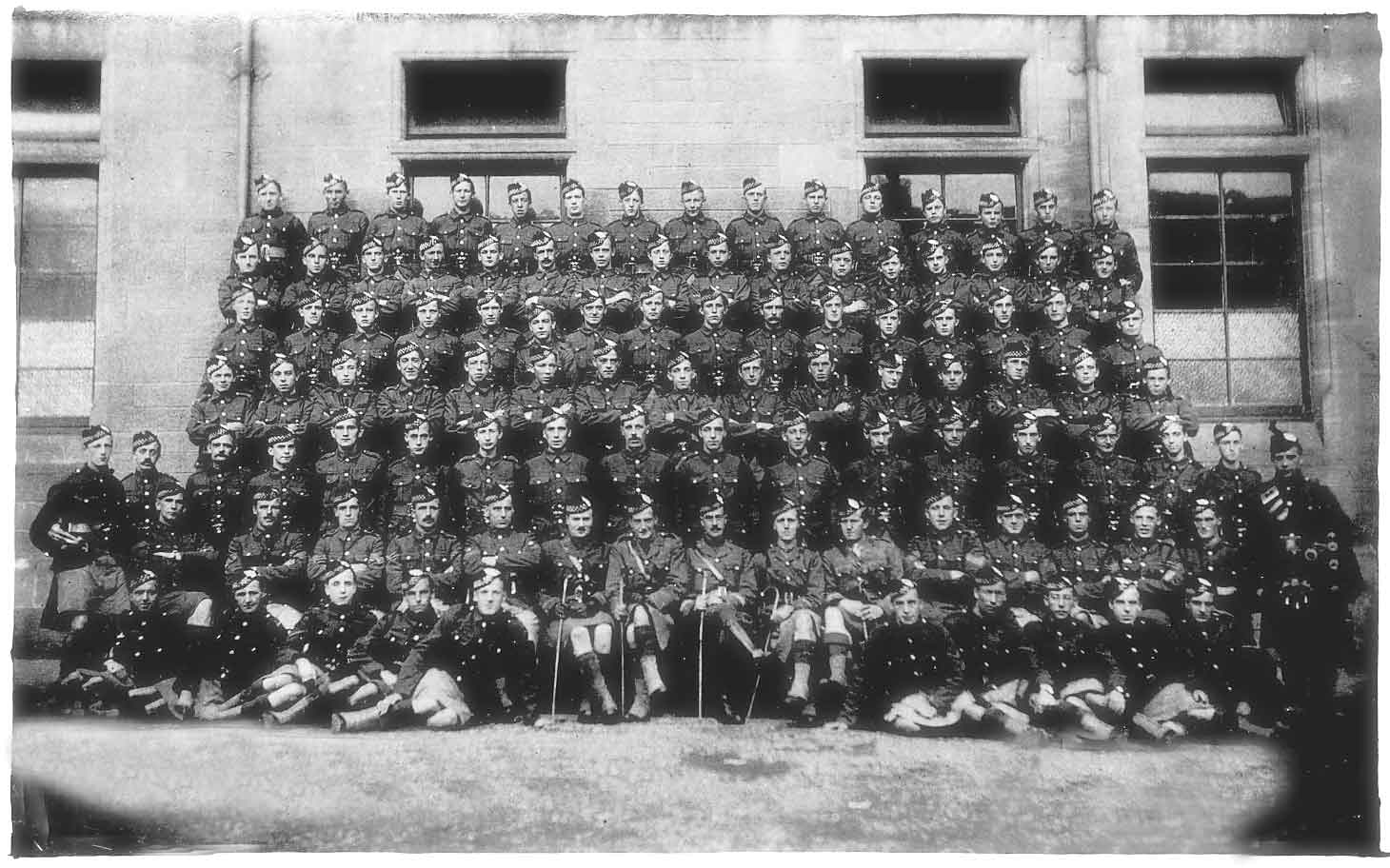 Casualties were light during the first two months in Flanders with the first men wounded on 10 March 1915. On 20 March Helensburgh man Corporal George McKay was the first 9th Argyll to be killed in action. However, the battalion was soon to meet a terrible fight in the Second Battle of Ypres where 59,000 British soldiers died between 22 April and 25 May.

‘A letter from the Front’ believed to have been written by Helensburgh man Corporal Neil Sharkey describes the fighting first-hand between 10 and 17 May 1915. On 10 May 1915 the 9th Argylls lost 12 officers and 300 men including their commanding officer Colonel Clark. Helensburgh men George Allan, Herbert Brown, David Dorward and George McGeachy perished in the battle. The Germans used poisonous chlorine gas for the first time in this battle and a gas attack on 24 May overwhelmed the 9th Argylls, who were fighting at the front with the Royal Dublin Fusiliers. When the Argylls were formally withdrawn from the front line at the end of 24 May there were only two officers and 85 men left of the 9th Argylls, they had lost over 900 men in two weeks.

As news of the battle reached Dumbartonshire a telegram, copied in the Helensburgh and Gareloch Times, was sent by Major Cockburn, Secretary of the Dumbarton Territorials Force Association, to the War Office:-

"Anxiety here arisen out of reports of heavy losses to the 9th Argylls. Can you communicate any information to allay this"?

War Office reply:- "Names of all officers reported already communicated to next-of-kin. Names of rank and file not yet received but numbers killed not very heavy".

The Second Battle of Ypres decimated the 9th Argylls, the survivors of the Dumbartonshire Battalion were amalgamated with the 1st / 7th Battalion, who had also suffered heavy losses at Ypres. It was impossible to bring the Dumbartonshire Battalion back up to full strength through local recruitment as so many men in the county were engaged in essential industry and eventually by August 1915 the 9th Argylls were formally disbanded. Helensburgh and Dumbartonshire Argyll and Sutherland Highlanders continued to serve in other battalions of the regiment and, as was often the case in the war, were transferred to other regiments and services as needed. 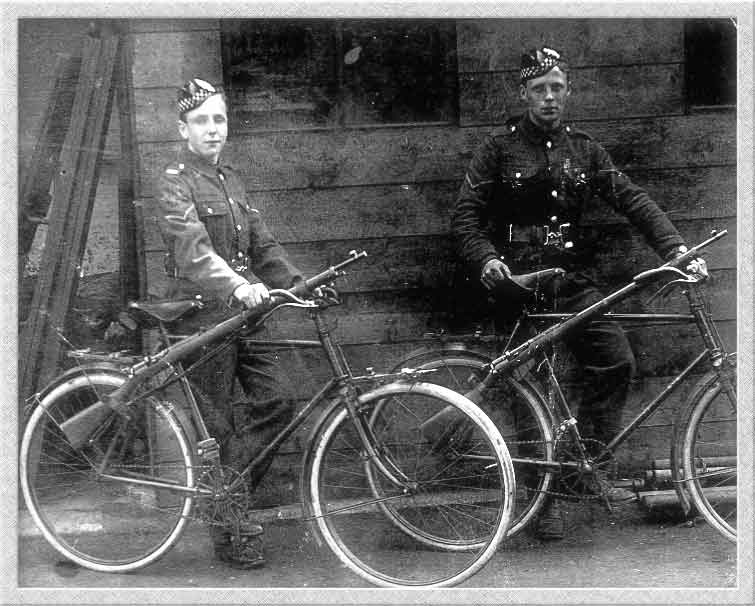 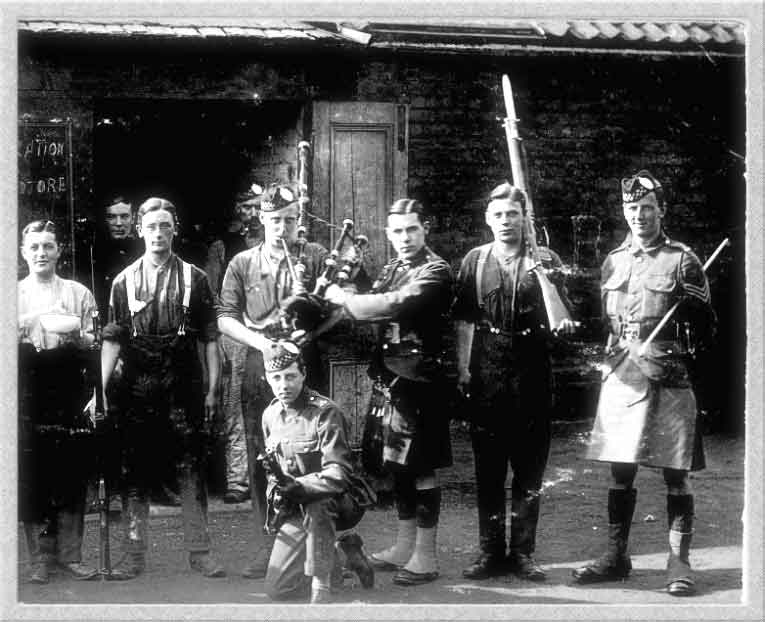 I would much like the relations and friends and all survivors of the 9th Battalion of the Argyll and Sutherland Highlanders to know how deeply I sympathise with them in their loss, and would you kindly convey this to them from me. The gallantry and fortitude of our splendid men, who have so nobly given their lives in the recent engagement in France for their country and King, so glowingly referred to by Sir John French must, I feel sure, be a source of pride and will help them in their bereavement.

Believe me. Your Sincerely, Louise. 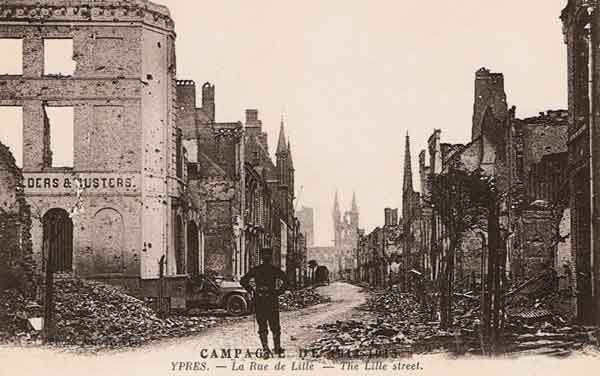 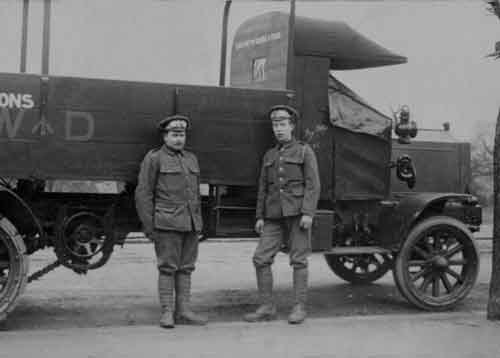 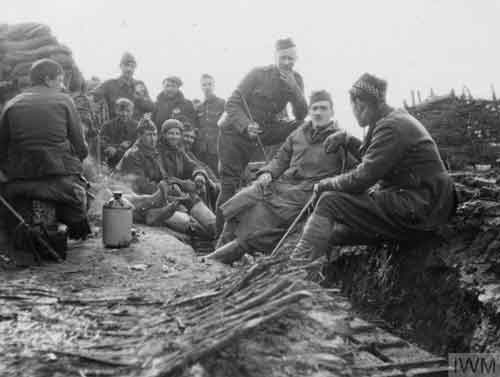 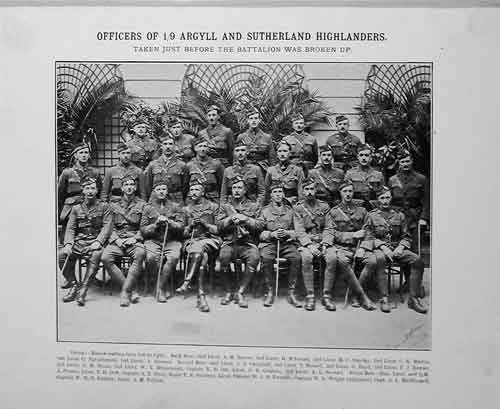 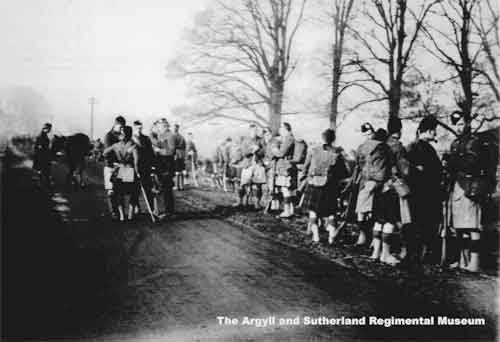 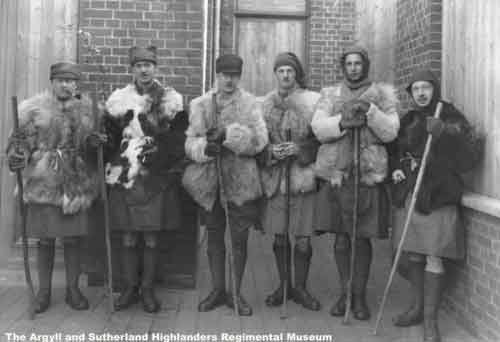 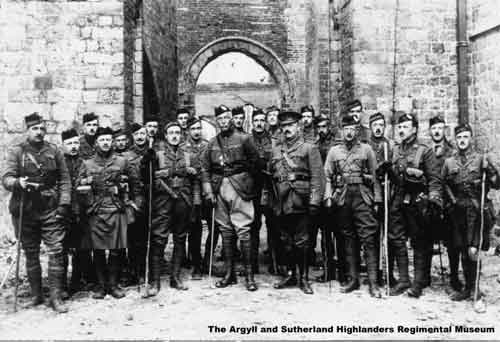 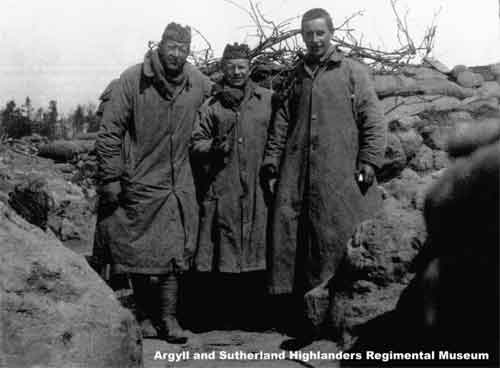 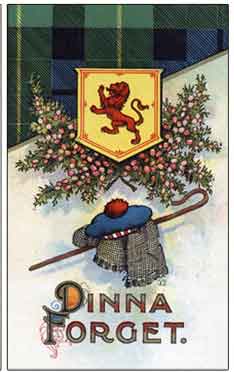 “It’s hard to lose a comrade, one you know, so kind and true,
Willing to help — a better pal, in fact, there are few —
He was doing his duty, along with the rest,
Marching to the trenches, German hordes to test,
Hit by a bullet, our gallant Sergeant fell.
“His comrades gathered around him as he lay upon the ground,
They did the best they could, but he uttered not a sound,
Along the road they carried him, their hearts were sore that night,
For they had lost a comrade, who with them no more would fight,
In a little spot in Belgium, he lies buried with the brave.
“Always will he be remembered among the rank and file,
He did his duty nobly with the gallant 9th Argyll;
And when we come marching back again, Bonnie Scotland dear to see,
We'll remember our young Sergeant, wherever he may be;
Then we'll tell you of his kindness, and his cheery smile,
And of how a brave young Sergeant fell with the 9th Argyll.”